After Thomas Edison popularized his design for the incandescent lightbulb, the world changed forever. However, progress didn’t stop after the first lightbulb switched on more 130 years ago—today, artificial lighting has reached a new level of brilliance that not even Thomas Edison could have imagined. Modern LED lightbulbs are much more efficient and practical that their incandescent counterparts, and are quickly replacing the outdated bulbs as the world’s most popular means of lighting. To learn more, contact an experienced electrical technician near Frederick.

According to the Environmental Protection Agency’s ENERGY STAR program, LED lights use up to 80% less energy than incandescent bulbs and can last up to 25 times longer. Also, LED lightbulbs don’t get nearly as hot as incandescent bulbs, posing much less of a health risk to homeowners. While LED lightbulbs tend to be more expensive than their incandescent counterparts, the LED energy savings more than make up for the initial cost. Switching from incandescent to LED could save you as much as $75 on energy during the lifetime of your new bulb. 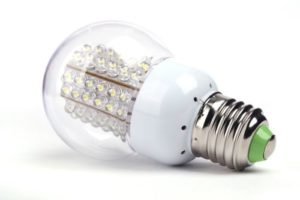 7 Considerations When Choosing an Electrical Contractor
No matter what type of electrical service you need, you’ll want to be sure you choose…

10 Reasons You Should Always Hire a Licensed Electrician
Sometimes being a weekend warrior and doing DIY jobs around the house is the way to go.…

Read More
Back to the top